There are certain interesting facts about this man.
1. He is President of Ecuador from 2007
2. Before him, there were 7 presidents in 10 years !
3. He has improved the living conditions of poor people
4. He defied the Western World and
a) defaulted on World Bank loans
b) negotiated better deals for his country’s oil exports
c) gave political asylum to Julian Assange of Wikileaks
in the Ecuadorian embassy in London in 2012
where Julian Assange is still holed up

We have shown how to draw the map of South America
where you will also find Ecuador
It is the only country which is named after the Equator
and Equator actually passes through it.
[There is another country Equatorial Guinea, an island country
off the coast of Africa BUT Equator DOES NOT pass through it]
A strange fact is although Equator passes through ECUADOR
the climate of the country is NOT HOT because most of the country
is on the Andes mountains.
The capital city QUITO has an equable climate with similar temperature
hovering between 10 to 20 deg C all through the year.
————————————————————————–
CHELYABINSK, RUSSIA
Friday, 15.02.2013
METEORITE CRASH
A white ball of light moved across the sky and crashed somewhere near
the town of Chelyabinsk in the Urals region of Russia.
There was an explosion of blinding white light and a
series of small explosions immediately thereafter, according to eyewitnesses
Where is Chelyabinsk ? 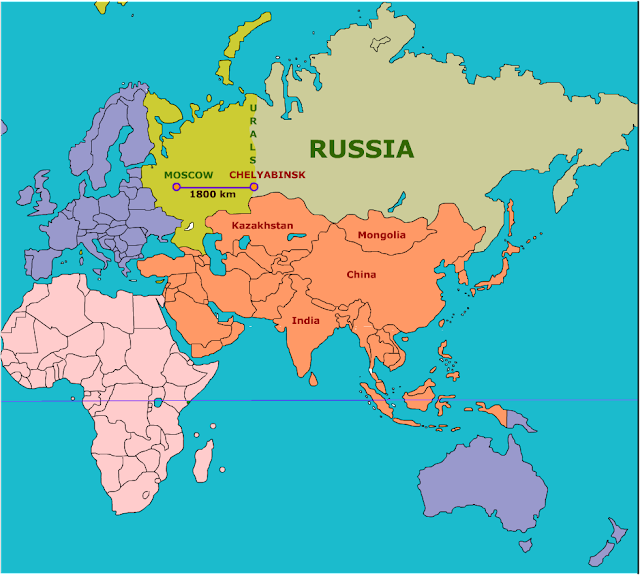 Where exactly is North Korea

As you can guess, there is North Korea and South Koreatwo countries nestled between China and JapanThey are in a promontory of land jutting out of Mainland ChinaAny promontory of land is called a PENINSULA[PENINSULA: a land mass with water on three sides]So, this is the Korean peninsulaNorth Korea is adjacent to Chinaand South Korea is adjacent to the island country of Japanin fact, some cities of Japan are nearer to S Korea than to cities in its own country. Look at the maps below for the location of N Korea 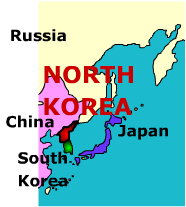 The following map shows a larger area for perspective: 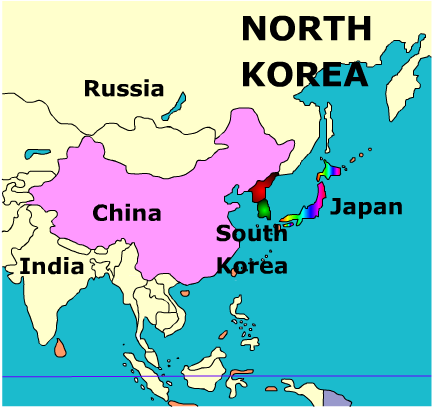